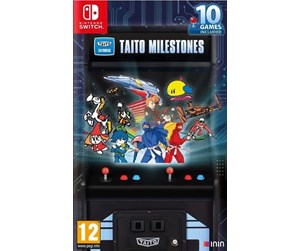 Taito's arcade legacy began in the early 1970s, but it came into its own in the 80s. You now have the chance to play these milestone classics that paved the way for the decades of Taito's arcade dominance which followed. Ten games, each representing a specific breakthrough in development and gaming history, spanning a variety of genres. Platform, sports, shooting, puzzle and more. And now those 10 classics will be available for the first time as a collection on a modern console! Take a deep dive into gaming history and relive the classics that helped shape it.